REVIEW: PORTRAIT OF AN UNKNOWN LADY 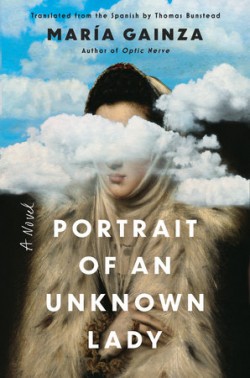 Portrait of an Unknown Lady: A Novel

The question of authenticity is one of the most fascinating aspects of how we approach art. We value a work as much for the means as we do the ends. A lesser Picaso by the artist himself, for instance, will always be more valuable than a more impressive forgery. Is the implication, then, that the artist imbues their work with some inimitable something that a forger is simply incapable of producing? If that's the fact, then the worth of a painting is as, if not more related to this something than the work itself.

María Gainza's second novel Portrait of an Unknown Lady is a treasure for anyone with a fascination with this space where commerce, art, and woo woo intersect. An unnamed Argetenian art critic relates her apprenticeship with a preeminent art authenticator. When this grande dame of the art world reveals that for years she's been responsible for authenticating known forgeries, the past opens up to reveal to the narrator the vibrant bohemian and monied world of Argentina in the 60s. On the periphery of these circles is the master forger, Renée, particularly famous for her counterfeits of the Austrian-Argentine artist Mariette Lydis.

After the death of her mentor, our narrator leaves the world of authentication for another, almost more fraught level of authentication: criticism. Over time, as her work becomes increasingly rote and fill-in-the-blanks, she finds herself drawn back to Renée and sets out to find her. Everyone she speaks with remembers this woman, but only slightly. Interest gives way to obsession, and it becomes increasingly unclear whether she is rediscovering or inventing the forger—if she ever existed in the first place.
"Can a forgery not give as much pleasure as an original?" the narrator's mentor asks upon revealing her side hustle. "Isn't there a point when fakes become more authentic than originals?" The true nature of a person can be as unknowable as the true nature of a painting. And at the end of the day, isn't a work of art, like one's own character, the result of collaborating and interaction, an elusive something with its roots in emulation? An artist becomes themselves by aping the masters just as a child becomes themselves through imitation. Reality is up for enthralling debate in Portrait of an Unknown Lady.
Go To Reviews