REVIEW: THE BOOK OF THE MOST PRECIOUS SUBSTANCE 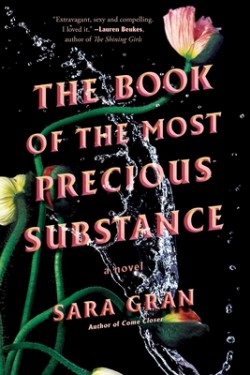 The Book of the Most Precious Substance

Sara Gran's all over the map. She followed up a standard coming-of-age debut with Come Closer, a tight and weird and exhilarating novel of possession that quickly became a classic of the genre. After that came a trilogy of uncanny, philosophical mysteries starring Claire DeWitt, a gumshoe that will hopefully show up again.

The breadth of Gran's talents and interests is on fine display with her new novel--her first as a publisher, too--The Book of the Most Precious Substance. By Gran's own description, the novel is a throwback to sexy, fun, well-written thrillers from the 90s that starred middle-aged women. Here, Lily Albrecht is a semi-retired author currently making a living as a rare book dealer. What had seemed like a perfect life took a disastrous turn, but when she's tasked with tracking down one of the only four existing copies of a 17th century occult book, she sees an opportunity to turn her fortunes around.
Sexy, fun, and well-written do a lot of the heavy-lifting in describing The Book of the Most Precious Substance. But the book is also thoughtful and sinister, grappling with grief and selfishness and the destructive desire to control that which is out of your control. Sara Gran has no bad books, and if you've not yet discovered her, this is as good a place as any to start.
Go To Page Turners & Pot Boilers