A Year of Reading: Fiction Edition 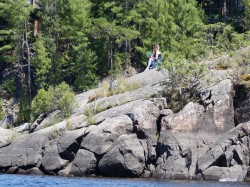 I made two reading resolutions in 2021.

Firstly, I vowed to keep a record of every book that I finished over the course of the year. Despite decades of being both an avid reader and a dedicated superfan of "Year in Review" lists, I had never tracked my own reading, but I finally managed an informal reading diary!

My second resolution was to read more non-fiction, giving my brain equal measures of made-up stories and true ones, rather than maintaining my usual MO of stuffing it full of characters and plotlines moderated with the occasional dose of Wikipedia deepdives. (And yes, I know that even non-fiction provides only imperfect truths - don't lecture me!!)

I should point out that I started several books that I didn't finish for myriad reasons - perhaps in 2022 I will neurotically track "That Which Had to Be Put Down" and unlock a Great Truth About Myself - who knows?

What follows is a list of everything that I completed this year (in two parts), with a few notes about each: why I chose them, what I liked best, and why you might like them too!

First up, the fiction. I'm drawn to weird stuff as a general rule - the supernatural and the magickal, the alternative or non-linear timeline.  Consequently, there was something of the surreal in most of my reading this year, with a few notable exceptions.

I read my share of scary stuff this year, beginning with a collection of Stephen King-inspired short fiction: Shining in the Dark, edited by Hans-Ake Lilja who manages a fansite dedicated to the King of Horror himself. Worth a read for fans of the genre.

Next I tackled a truly bizarre (but engrossing!) classic - Richard Matheson's The Shrinking Man. If you've ever wondered what it would be like to co-habit with the spider in your basement as a thimble-sized version of yourself, let this book stand as the terrifying answer! *shudders*

Jesmyn Ward's Sing, Unburied, Sing is falls into the "every ghost story is a love story" vein of supernatural writing. Beautifully written, it follows a mixed-race family through grief and back again, guided by spiritual intervention. 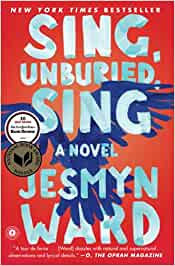 The Southern Book Club's Guide to Slaying Vampires by Grady Hendrix was probably my most entertaining horror read this year. A 1990s suburban book club morphs into a true-crime obsessed collective. It's all fun and gore until some members become convinced that an evil force has infiltrated their own community! Chock-full of pop culture references, hilarious dialogue...and vampires.

Maybe I picked the wrong year for Survivor Song, Paul Tremblay's emotional, anxiety-driven tale of a rabies-like virus that triggers mandatory quarantines, curfews, and emergency protocols. But the excellent central characters - a young pediatrician and her pregnant (maybe infected!) best friend - made this a worthwhile read nonetheless! 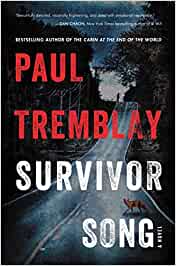 No year of reading is complete without some dystopian fiction - am I right?? In 2021, I read three alternate futures. The first was Marian Womack's The Swimmers, a creepy gothic imagining of a climate-changed earth. 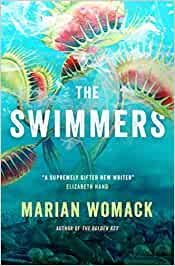 The second was perhaps the most unsettling book I read all year - Agustina Bazterrica's Tender is the Flesh. Not for the faint of heart, but engrossing just the same, this Argentian translation portrays a world where contaminated meat has put cannibalism on the menu. Brutal social commentary ensues... 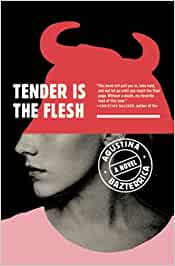 Equally disturbing, if more subtly vicious, Underground Airlines by Ben H. Winters asks the terrifying question: what if the American Civil War had never happened? A former "Person Bound to Labor" is now forced to act as a government agent responsible for capturing escaped slaves. This book reads like an excellently-paced film, exploring racism through the clever trick of an "alternate" reality.

A departure from the civilization-is-going-to-hell-in-a-handbasket stuff, Jess Kidd's Things in Jars is a captivating historical detective story. Unconventional investigator Birdie Divine is on the hunt for a young kidnapping victim who is rumoured to have supernatural powers. A great read! 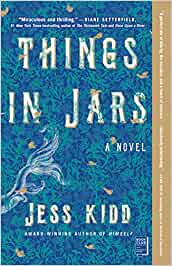 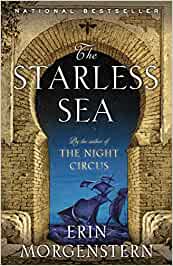 It feels weird to classify This Little Light as a dystopia, given our current political climate. The year is 2024 and the religious right have seized power, robbing women of their bodily autonomy. A pair of teenagers, accused of bombing their "American Virtue Ball" as an act of terrorism, are on the run from authorities - each girl dogged by an attendant social media storm and her own conscience.

Taking a page from the Mike Flanagan horror playbook, "protagonists haunted by grief" was a popular theme in my reading this year.  Gus Moreno's This Thing Between Us, T. Kingfisher's The Twisted Ones, Carrie Jenkins' Victoria Sees It and Ta-Nehesi Coates' The Water Dancer all centered on characters coping with real and imagined terror in the wake of personal loss. Compelling reading, with Jenkins' debut novel a particular standout! 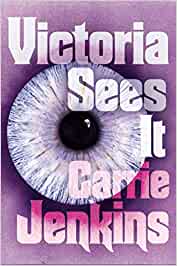 The surreal permeates the tales of Unforeseen, the first complete collection by award-winning author Molly Gloss. Gloss' short fiction plays with open space and isolation in awe of the natural world. Recommended.

I'll wrap this list with one of my new favourites - a modern classic that has been on my to-read shelf for many moons: A Tree Grows in Brooklyn. Betty Smith's semi-autobiographical coming of age story is a love letter to language, writing and memory. I can't say enough good things about it - it's just that wonderful. 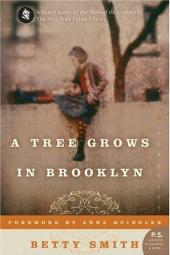 Next up: A Year in Reading: Non-Fiction Edition - stay tuned!