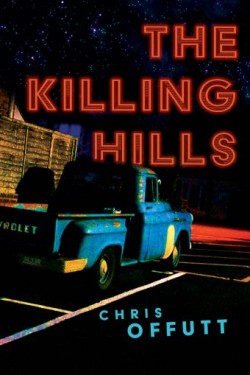 Chris Offutt returned from a fifteen year lull with a memoir about his father, a prolific writer of genre fiction, smut, and everything in between. My Father, the Pornographer ended with the paused writer surrounded by his father's shelf-bowing, office-choking archives, wondering what to do with all that complicated legacy. If Offutt's recent output is any indication, the project and the reckoning freed something up in him. While two novels in four years isn't exactly profuse, any rain after a long drought is plenty refreshing.

In 2018, Offutt returned with his first novel in twenty years, Country Dark. The book is a decade-spanning story of a young veteran of the Korean War returning home. The rural Kentucky of Country Dark is strict in its mores and values. Tucker, its hero, struggles to do right by his family and his place in ways that the modernizing world around him increasingly views as wrong. It's tender and punishing and a hell of a first book back.

Those old codes are faint but still influential in Offutt's new novel, the contemporary The Killing Hills. Like Tucker, Army CID agent Mick Hardin has also come home. He's nursing a hangover in his patrilineal shack in the titular hills when his sister, newly promoted to sheriff, comes looking for help. A woman's been found dead and denizens, fiercely protective of their own beeswax, have a way of clamming up whenever law enforcement start nosing around--especially once the FBI gets involved. But people know the Hardin family name, and because they knew his grandfather, or his father, they're more likely to open up to Mick.

Anyone who went gaga for the recent HBO series Mare of Easttown should find their way to The Killing Hills. Offut's presentation of the insularity of place, timeworn community laws that exist beyond institutionalized law, and sheer local colour give the Kate Winslet whodunit a run for its money. In both his recent novels, Offutt shifts effortlessly from nuanced character work to page-slapping action, creating both refined thrillers and action-packed sociology. So far, the return of Chris Offutt has been well worth its wait.