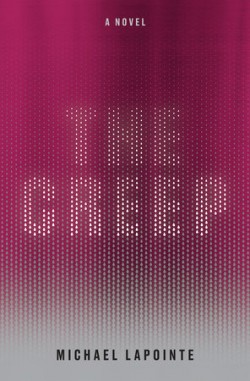 The Creep
After a few years of covering the culture beat for The Bystander, the best-known magazine no one outside of New York has ever heard of, Whitney Chase is on the lookout for a more substantive story. Whitney finds what she's after when, on a seat-of-the-pants trip to Colorado, she happens upon an independent ambulance service and an experimental, hush-hush medical procedure that could change the world. What unfolds makes for an unputdownable thriller that would be perfectly at home in the racks of the drugstore or airport. If The Creep were only that, that'd be fine. I'd say buy two. But in this debut novel, Michael LaPointe has also managed to harmonize the clangor of the past twenty years of decline and disenfranchisement and disinformation.
"The creep" of the title refers most specifically to an inclination towards embellishment that has long plagued Whitney. While a bit of extra mustard on a puff piece about Courtney Love doesn't matter much so long as the subject likes how they come off, since coming on board The Bystander, Whitney's had to fight the creep. In the wake of 9/11 and the duplicitous lead up to the Iraq War, truth matters more than ever. But the creep also refers to the slow process of infiltration: the gentrification of communities, the replacement of the organic with the synthetic, even the gradual infringement of digital into print. There's also the actual creeps that Whitney has to deal with as a woman in the newsroom. Broadly, the creep is the pot put to such a gradual boil that few notice the deadly rise in temperature.
LaPointe has set The Creep on a fulcrum. To read this both deep and taught novel in a time when no one believes anyone anymore, where news is presented to a readership that, by and large, already knows what's true to them, is to get some sense of how we got to this place, and how, once the creep has begun, there's little we can do to stop it.
Go To Literary