Review: How a Woman Becomes a Lake 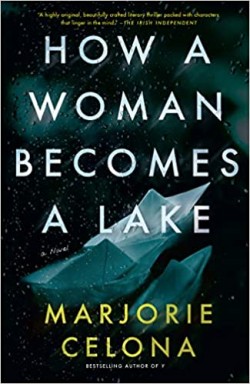 How a Woman Becomes a Lake

Dmitri and Jesse are spending the day with their estranged and potentially violent father. Both children have already been relegated to the roles of good son and bad son by their father, triggering a cruel act of rebellion that escalates into the tragedy that drives this story.

How a Woman Becomes a Lake deals with the aftermath of decisions made by adults to “protect” their children, caught between wanting to know the truth and wanting to bend the truth to serve their purposes. Each chapter is told from the perspective of a different character, weaving back and forth and offering different versions of what happened.

The description of  the victim’s husband's depression is impactful in a multisensorial way, but it is the unfolding effect that the tragedy has on the young boys that is the most chilling. You truly feel for these boys trying so hard to appear and act normal as a survival mechanism while the adults around them are willing to believe they are fine and that secrets are better kept.

This novel explores the mixture of good and evil in all of us, within a marriage and within a childhood - a lot to accomplish in a short novel!