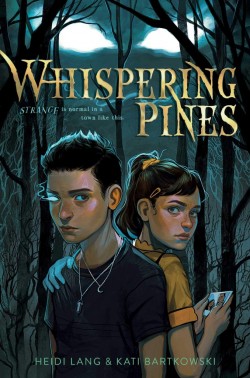 With all the free time that kids have had this year, it's likely that they've read their way through several of the most popular fiction series. Rick Riordan, Dork Diaries, and Harry Potter have certainly maintained their bestseller status over the course of the pandemic!

No doubt your kids - and you! - are more than ready to embark on an exciting new book or series. Something off the beaten path perhaps? Maybe even something a bit weird?

Well, here's hoping because "weird and wonderful" best describes the books that my kids and I have been enjoying over the past several months! My sons, aged 10 and 11, highly recommend the following:

A Royal Guide to Monster Slaying series by Kelley Armstrong

This fun, energetic Canadian series is just two books in but is already winning awards and rave reviews! Twins Rowan and Rhydd are next in line to inherit the Throne and the role of Royal Monster Hunter, until a violent turn of event forces an exchange of destinies. Action-packed adventure for fantasy enthusiasts!

New friends Corryn and Tez are looking forward to a fun summer at sleepaway camp until a series of spooky happenings threaten their plans - and their lives! Funny, freaky stuff for young horror fans.

Set in a world beset by climate-change catastrophe, this trilogy follows the quest of twins Will and Annalie in the search for their missing father over land and sea. The siblings encounter pirates, peril and unexpected allies - highly recommended reading!

Something strange is afoot in their small town but friends Maggie and Nate are the only ones who seem to notice. When animals and plants start to morph in terrifying ways, the pair investigate - like a modern-day Mulder and Scully!

More small town secrets - with a supernatural rather than sci-fi angle. An unexpected bond forms between neighbours Rae and Caden whose shared history of familial disappearances puts them on the creepy trail of an otherworldly being...