"Roadrunner: A Film About Anthony Bourdain" opens today! Check out the matinee at 2pm or catch the 6:15pm showtime.… t.co/SHheVrTKM3


Our new cinema schedule is live! Coming up: "Beans," a favourite from this past week's Towards Truth Festival, and… t.co/XCtku2J9xg 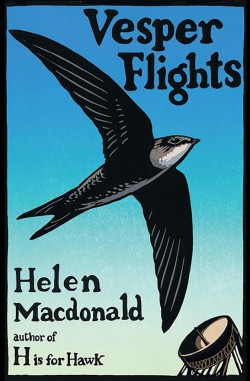 Helen MacDonald first captured the world’s attention with her book H is for Hawk. She wrote this after her father died and was simply and deeply at serious loose ends. She found therapy in the taming of a goshawk. Her method was to use ancient falconry techniques. Both she and the hawk embarked on a voyage of kinship. Surprisingly, this very arcane story became an international bestseller.

Vesper Flights is a book of short essays. Every page feels as if she is talking directly to you, almost rising above the intermediary of print on paper. Perhaps it is because she is so honest and includes very personal information. She is different from most naturalists who, when describing nature, only look outside of themselves. Hence essays about the agony of her migraines and the tyranny of her periods place her as a passenger in our one big organic boat.

When you grow up in a house full of natural field guides and live in the countryside with parents who are enamoured with the world outside their door, this is the kind of magic that you can gift to your reader: “One day when, quite by surprise, I discovered that if I held a falcon egg close to my mouth and made soft clucking noises, a chick that was ready to hatch would call back.“

Throughout these pages you will be granted glimpses of a whole array of species and their private behaviours. Trees communicate with each other through miles of mycrocelium under the ground. Swifts take vesper flights twice a day. They ascend as flocks every evening and drift down and ascend singly every morning. Are they checking out coming weather patterns or calibrating their magnetic compasses? A female astrobiologist becomes obsessed with the universe at a very young age and becomes the Director of SETI, Carl Sagan’s Search for Extra Terrestrial Intelligence.

Macdonald believes that if you love the natural world you open yourself up to a state of grief, for the world that you love is collapsing. But she also knows that to understand your grief is to be able to travel beyond and work towards a better world. She is encouraging us to take our own vesper flight. Right now we need to take a bird’s eye view of what will happen in the future. She still has hope that we will begin to make the right choices.

This is not a depressing book as much as an invitation to relationship and change.