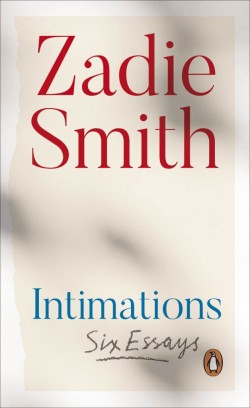 Taylor Swift saw no need to sit on folklore for the customary while. The album was written and recorded in these unprecedented times, so it only made sense that it was likewise released in these unprecedented times. For some, the album was a life saver tossed to them after they'd been treading water these many months. For others, it was a new thing to spend time with. folklore was celebrated for both reasons.

To say nothing of the lives that have been knocked significantly ass-over-teakettle by the physical or economic or emotional effects of COVID-19, many of us have spent these past two seasons trying to fill time. There used to be not enough time, and now that's all there is. The release of an album by a huge star like Swift, like, say, the release of the Tiger King documentary series on Netflix, becomes now, more than ever, a way to occupy ourselves. A way to both mark and pass the time. Or it's a thing to disappear into in an effort to avoid the looming structure of a day.

"The rest of us," writes Zadie Smith in "Something To Do," one of the six essays in her just-written and just-released new collection, Intimations, "have been suddenly confronted with the perennial problem of artists: time, and what to do in it."

She begins the essay by admitting mistrust for any artistic raison d'être. "Only a few of them are any good and none of them (including my own) see fit to mention the surest motivation I know, the one I feel deepest within myself, and which, when all is said, done, stripped away--as it is at the moment--seems to be the truth of the matter for a lot of people, to wit: it's something to do." As she sees it, the pandemic has given everyone this artistic impetus, while at the same dusted some of the magic dust off that very same impetus. The impulse to write is the same impulse to make banana bread, to build a fort in your living room, to dress the dog as a cat. "It's something to do, isn't it? Fills the time."

Though a Zadie Smith-level of engagement seems enviable. There's always something to do. All time, it would seem, is festooned with some engagement or other.

Later on (not too much later, as the collection is only 97 pages), Smith relates, in one of the vignettes that make up "Screengrabs," her trouble with pampering. She doesn't go in for manicures, just as she avoids too involved a massage, because "any beauty treatment that doesn't accommodate reading--or takes much more than ten minutes--I find can't accept." Her indulgence is chair massages. "They fill all the criteria. No longer than half an hour, and you can read during--if you tear the paper tissues away from the sides of the face hole--and they're relatively cheap. Her masseuse is Ben. They don't talk much and he teases her for always having something to do. "'Never relax. Always reading.'" "I turn up on the doorstep of the nail place once more, papers or book in hand, and a few pens, and Post-it notes: 'Hey, lady, here she is. Never relax...'"

Of course, reading, like writing--and like making or listening to music--is a way to be attuned to a moment while also being somewhat ignorant of it. For all the bravado that accompanied Taylor Swift's new album, it was something for her to do. It's what she does. Too, this slight volume of essays is what Zadie Smith does. It's interesting and special, though, to be receiving these products in real time. It was produced in this moment, for this moment. But reading Smith, like listening to Swift, is also just a way to better survive until the next moment in time.