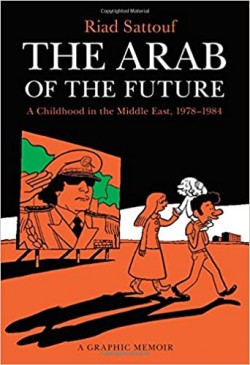 The Arab of the Future: A Childhood in the Middle East, 1978-1984: A Graphic Memoir
Jerusalem: Chronicles from the Holy City
Persepolis: The Story of a Childhood

We can always stand to benefit from becoming more informed citizens of the very culturally and politically varied world that we inhabit. Similarly, we stand to benefit enormously by immersing ourselves in new art forms, literature, and more, to continually expand our horizons and encounter the unknown, coming to appreciate difference and the unfamiliar, and the aspects of familiarity that exists within those differences as well. A work that can do both of these things simultaneously is a very special thing, indeed.

These three graphic memoirs from Riad Sattouf, Marjane Satrapi, and Guy Delisle, do just that. Connected, however loosely, both geographically and thematically, these three great works of the burgeoning, though arguably still underappreciated genre of graphic memoir, are historically and politically rich, artistically engaging, as well as extremely personal and enlightening accounts of the Middle East. From Sattouf’s confused early years in Librya and Syria, to Satrapi’s rebellious adolescence in Iran, and Delisle’s expat explorations of Jerusalem, a place that means so much to so many, these works provide the reader with an opportunity to experience a visually striking and engaging account of people and places that many of us may not have access to otherwise, or at least not in the way presented here.

For those looking for an introduction to the graphic memoir genre, to the history and politics of the Middle East, or simply to a beautiful and engaging work of autobiography, these three books are highly recommended. 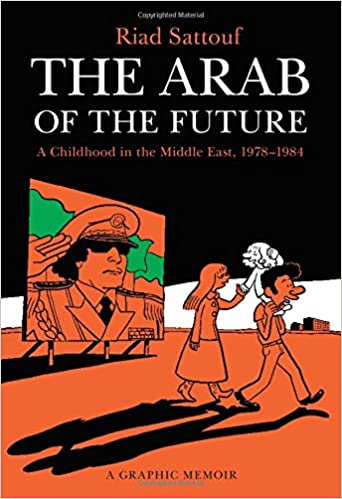 Recounting his childhood growing up in France, Libya, and Syria in the 70s and 80s, Riad Sattouf’s graphic memoir offers an enthralling glimpse into not only the experience of one child navigating the difficulties of growing up in a world, and family, in crisis, but a historically rich account of the Middle East as well. Darkly funny, tragic, and wonderfully illustrated, the first in this series of four is sure to be an engaging and rewarding read for fans of the graphic memoir genre, as well as those seeking to branch out and explore a new world of fascinating literature. 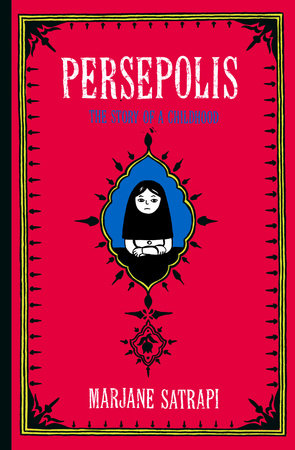 A classic of the genre, Marjane Satrapi’s Persepolis combines political history and memoir to capture aspects of the Islamic Revolution not to be found in the history books. Through stark, yet beautiful, black-and-white drawing and compelling storytelling, Satrapi explore the often-contradictory nature of private and public life, as well as the feeling of grappling with a love and hate of the place you are from; feelings that many of us are more than familiar with. Readers are likely to find Satrapi’s account of childhood and adolescence both foreign and reminiscent, as well as heartwarming and, at times, heartbreaking. 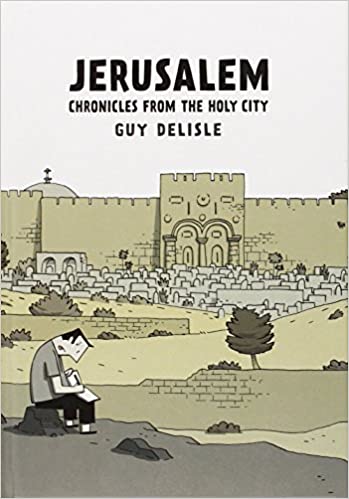 Jerusalem: Chronicles from the Holy City by Guy Delisle

The absurd and the tragic are very closely related throughout Guy Delisle’s excellent travelogue and memoir Jerusalem: Chronicles from the Holy City. Living for a year with his family in Jerusalem, Delisle’s wry observations and commentary of a land wrought with political peril and uncertainty offers the reader a new way understanding the troubled history and religious significance of the Holy City. The complexities of the Israeli-Palestinian conflict are often truly difficult to understand, but Delisle’s book renders these complexities comprehendible in a way I’ve not encountered before. Delisle, while clearly immersed in the day-to-day life of the Holy City, seems to somehow simultaneously reside outside or above the place he inhabits, providing a largely unbiased account of both sides of the conflict, the absurdities and tragedies of both, as well as the mundane that exists alongside the sacred. Though much has occurred since the publication of Delisle’s book, this work remains invaluable in its engaging and enlightening account the Israeli-Palestinian conflict and of the city of Jerusalem.