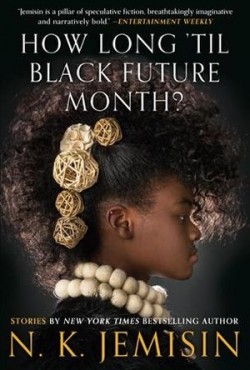 Americanah
My Sister, the Serial Killer: A Novel
Open City: A Novel
Black Leopard, Red Wolf
An Orchestra of Minorities
Reproduction
How Long 'til Black Future Month?: Stories
American Spy: A Novel
Red at the Bone: A Novel
Africville: A Novel
Frying Plantain
Conjure Women: A Novel
Little Family: A Novel
The Water Dancer: A Novel
The Girl with the Louding Voice: A Novel
Freshwater
Girl, Woman, Other: A Novel
Hitting a Straight Lick with a Crooked Stick: Stories from the Harlem Renaissance
Half Blood Blues
Days by Moonlight

As the Black Lives Matter movement gains continued momentum in the United States and beyond, it is heartening to witness the demand we have seen for non-fiction anti-racism titles; the enthuasiam being shown for the works of Kendi, Cole, DiAngelo and others is great to see. That being said, it's important to remember that while "being informed about the issues" is a key component of activism, we should never discount the role that all forms of artistic cultural representation play in allyship.

Growing up in a mixed race household, I can't emphasize enough the impact that exposure to Black-created art had on my young life. It was the 1980s and 1990s and I certainly didn't see many families like mine being represented in mainstream media. The NBC series Diff'rent Strokes was probably the closest we had and it sure was a problematic option, even for its time.

I distinctly recall being drawn to cultural touchstones that represented a departure from the (largely white) stories and people that dominated TV, film and radio of the era. The energetic music of Whitney Houston and Prince, the irreverent comedy of Eddie Murphy and In Living Color and the kindly presence of book-loving LeVar Burton on Reading Rainbow helped to inform my early understanding of the Black experience.

Young adulthood introduced me to the work of Alice Walker, Toni Morrison and Langston Hughes, whose stories, essays and poems added a much-needed political layer to my understanding and appreciation of the Black popular culture that had first captured my imagination.

In the present day, when the number of widely recognized and celebrated black writers and artists is greater than it's ever been, representation still matters. As such, I've created a list of writers that should be on everyone's must-read list. The following compilation is by no means complete or comprehensive but I hope that it provides a good start to many important conversations.

If you aren't the kind of reader who relishes a deep dive into political theory, consuming fiction and poetry by Black writers exploring Black experience can provide much-needed perspective on the evolution of BLM. Read, evolve, repeat!

An Orchestra of Minorities - Chigozie Obioma

Red at the Bone - Jacqueline Woodson

The Girl With the Louding Voice - Abi Dare