French Language Films in the Cinema! 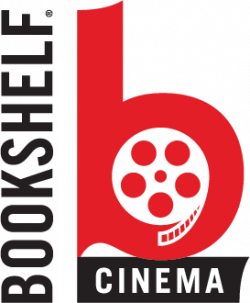 There are three French Language films playing in our Cinema this January. All of them have substitles in English.

Winner of the Best Canadian Feature at TIFF 2019 and Canada’s entry for Best International (formerly Best Foreign Language) Oscar, Antigone features an unforgettable performance from Nahéma Ricci in the title role. While the inspiration of Sophocles’ play is evident, no prior knowledge of the Greek tale is required. When her life is rocked by a tragic event, Antigone steps into harm’s way in the name of justice for her family. The story of one young woman standing up for her family in the face of contrary and established political forces is as old as a Greek tragedy and as modern as anti-immigrant Montreal...or France, or America.

“There are three words that are important to me: inspiration, creation and sharing.” So begins the late Agnès Varda in what would be her final film... of over 50 documentaries, fictions, and shorts made over 64 years. She offers a wide-ranging journey through her world: her filming process, her feminism and her fine-art photography. “Nothing is banal if you film people with empathy and love.” - TIFF 2019.

“The director is such an engaging presence onscreen—wry and humane, balancing sly social commentary with a playfully child-like attitude—that even a minor autumnal work like this is still a heart-warming mood-lifter.” - Stephen Dalton, Hollywood Reporter.

In French and English with subtitles. Highly Recommended. Click here for times & listings.

The film takes its titles from Victor Hugo's work, set in the same Montfermeil district of Paris, where ages ago a revolution was born against an oppressive social system. Here, two veterans of the police anti-crime brigade introduce a newcomer to their way of policing. But their beat is populated by immigrants who are finding their voices and losing patience with the old world politics and the gun-toting privilege and cowboy tactics of the cops. A series of small incidents occur in the aftermath of France's victory in the World Cup and things quickly escalated to a heated and violent confrontation. Like the best cop film thrillers, Les Misérables brims with menace and building tension leading to an action packed climax.

The Cinema is now physically accessible.